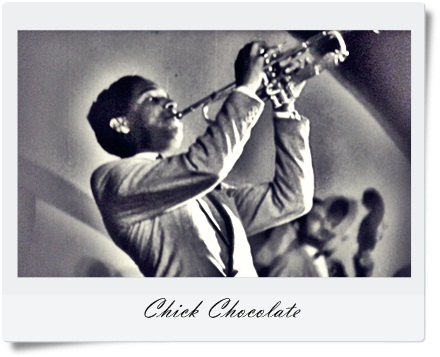 “Band Baaja” – the moment this word comes across us, the image of those shiny big horn type instruments flashes in memory. Brass bands had once been an irreplaceable element of wedding ceremonies in India. Credit of introducing brass instruments to hindi film songs goes to popular jazz culture of Bombay and Calcutta in 1940’s. Musicians like Antonio Vaaz (Chic Chocolate), Chris Perry and Manohari Singh who came to bollywood orchestra from Jazz Club Music brought these instruments and changed the sound of songs in early 50’s. Initially brass section had only Trumpets in orchestra. Later Trombones, French Horn and Saxophone got added. Sound of these instruments enthralled music lovers in various songs. Lets have close look at those songs and contribution of brass instruments in them –

Trumpets were the greatest gift Jazz music gave to bollywood. As early as in 1949 when Barsaat was released and marked the beginning of RK Saga, this song with dominant use of Trumpet also had its share in it. Shankar Jaikishan used it brilliantly. One of the most difficult to play and maintain the consistency of sound, Trumpet had established its position in orchestra for over eighty years now. The title track of the movie Ae Dil Hai Mushkil (2016) also had a beautiful trumpet pieces. With passage of time , its sound and quality of instrument have become more and more sophisticated.

Music lovers cant thank enough Music Director Salil Chowdhury for bringing Saxophone maestro Manohari Singh to Mumbai. His style and adaptation of playing saxophone in Film Music has opened new sound patterns for composers. This song Jaa Re…. is a perfect example of use of Saxophone in various ways in songs. Here, Saxophone is played in the interludes but also as a harmony in background of the antara. Hats off to Composer to write such fabulous score and player to play so skillfully.

The brass revolution actually brought by Rahul Dev Burman in Teesri Manzil (1966). Songs heavily orchestrated with full brass section comprising of Trumpets, Trombone and Saxophone made a fresh trend of songs with full brass sections in it. Trombone which is a large instrument has a distinct bass sound and when played with sharp sounding trumpet or Oboe, it creates beautiful melodic sound. In this song , Shammi Kapoor is seen playing three different brass instrument in its three verses. Trumpet in first, Saxophone is second and Trombone in third verse. In order to add bass sound to brass ensemble, Trombones are often used.

In very few songs French Horn has been used in bollywood songs. Reason being heavy bass sound usually does not harmonize with other instruments. However maverick composers have used it as well. In this song , in the prelude when the song begins the very heavy brass sound is played which is an instrument called French Horn. Usually its an integral part of Symphony Orchestras, Neavy and Police Bands.

And Finally a song that defined what an impact full brass orchestra could make if composed and arranged skillfully. The title track of the film Shaan (1980) which was a huge multi starred action thriller, was to be composed in a way that set the tone of movie and creates a thrilling impact on audience. Once again Pancham da resorted to his trusted sound masters – Brass Instruments – and created amazing pieces. The interlude and bridge pieces are composed using Trumpets, Saxophones, Trombones and French Horn. One of those brilliant tracks which has always made brass music lovers enthralled.

Brass Instruments, though came to bollywood from Jazz Culture, have a very old history with Symphony Orchestra in Western Countries. Its sound and melodic properties have been always grand and our composers have so beautifully adapted them to decorate hindi songs to the level of musical excellence.