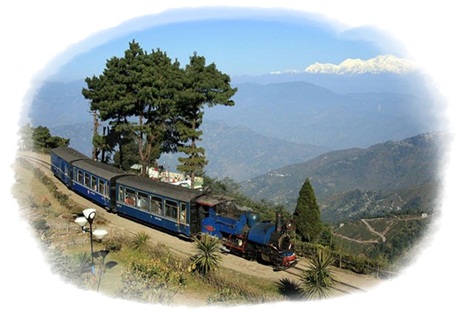 Trains have been integral to the lives of people ever since the first train ran in 1853 in India. In Indian cinema, there are lots of songs which are picturized either on the running train or in the backdrop of the moving locomotive, snaking through the hills and the fields.

It is very interesting to observe how composers have created the basic rhythm for songs which were picturized on a train or with the train as the subject. It is the story and the scene sequences, which influence the sound arrangement of any song.

Arrangements to Generate the Locomotive Sound

Sound arrangements in composing of train songs have always been a matter of creativity as musicians have had to use conventional / non-conventional musical instruments to generate the locomotive sound and create a rhythm out of it.

While listening to the song of the train, it seems easy to set a melody on the constant rhythm of the train. But actually, it is all the more difficult as the melody, at times has change of scale or change of tune also, which have to be aptly accompanied on rhythm. Changes like the pick up, roll or even sometimes changing patterns are required at appropriate places in the composition.

On the other hand, if the rhythm is constant like the sound of the train, it would be all the more challenging to synchronize the melody with it. Hence, creating a train rhythm, which can sound constant and yet can accompany a melody, is a real creative task.

Different composers have tried in their own distinct ways and in different tempos to make the sound of the running train. Let’s look at a few examples of popular songs.

The importance or significance of rhythm increased in the orchestra, and in the overall sound production in any composition, in the early 50’s. Prior to that, the rhythm used to be not so loud and largely the overall sound used to be dominated by the melody section. In order to understand how a train song would have been in those days, let us take the example of a famous song Toofan Mail from film Jawab (1942), sung by Kanan Devi and composed by Kamal Dasgupta. This song was not actually picturised on a train but the subject of the song was ‘Toofan Mail’ or ‘Frontier Mail’ train, which used to be the fastest train of that era.

The overall composition has a high tempo but interestingly, the rhythm is almost minimal. The rhythmic sound in repetitive pattern was generated with the help of the cello, which is a bass instrument in the strings section. A sound of steam blow was super imposed over the cello’s rhythmic sound to generate the feel of a locomotive. The whistle is the most important sound in any steam locomotive. In this song, a high note was played on the clarinet to give a filler of a whistle.

In later  years, when the importance of a large orchestra increased, composers started building rhythm using more than one or two instruments. Hence, the treatment of sound in train songs also changed. In the song, Aao bachhon tumhe dikhaye jhaanki Hindustan ki, from the film Jagriti (1954), the basic rhythmic sound was generated using Double Bass by plucking the strings. However, since the song was a patriotic one, written and sung by Kavi Pradeep and composed by Hemant Kumar,  snare drums in marching pattern played in sync with the rhythmic bass.

The prelude, interludes and fillers were composed using flute, clarinet and violins. The combination of wind and strings section on high notes generated a racy and energetic sound required for the patriotic feel. The chorus by the children was icing on the cake.

When the genre of the song changed from patriotic to romantic, the same train-based song was given a totally different treatment, which is evident in the song Hai apna dil to awara in the film Solva Saal(1958), composed by SD Burman and sung by Hemant Kumar.

In this song, SD Burman beautifully created the rhythm using double bass, brush on drums, wooden blocks and castanets. This brilliant use of percussion instruments created a balanced rhythm sound.

The melody section was dominated by two musicians who later went on to become legendary composers. The interludes and fillers were on mouth organ played by RD Burman and on Mandolin played by Laxmikant Kudalkar.

Even romantic songs in trains have been treated differently by different composers. The song Jiya ho, jiya ho jiya kuchh bol do from film Jab Pyar Kisi Se Hota Hai (1961) sung by Mohd. Rafi and composed by Shankar–Jaikishan is a classic example of the changes in orchestration that were taking place from the 50’s to 60’s, and skillful playing of Bongo, which fitted perfectly for fast rhythm like trains.

The rhythm in this song was created by using Bongo, brush on drums and rhythm guitar. All three instruments beautifully blended and created the perfect locomotive feel. Fillers were played on Piccolo flute and the prelude and interludes were beautifully composed with accordion, electric guitar and large strings section.

By the end of the 60’s, the sound has changed and lot of new instruments  were being used. When it came to composing a romantic song with a toy train on mountain, SD Burman created magic in the song Mere sapno ki rani in the film Aradhana (1969).

This song is easily one of the most complex orchestration for a train song considering the number of instruments used. The rhythm was super paced, played on Bongo, Conga, brush, shakers and rhythm guitar. In the interludes, the accordion was used by playing its bellows to create a running locomotive like melody. Electric guitar was used in fillers and the strings section in interludes. Flutes were skillfully played like the train whistle to add sweetness to the melody. In the third interlude, the two strokes of glissando on the piano gave a lovely twist to the melody.

Gaadi bula rahi hai song from film Dost (1974), sung by Kishore Kumar and composed by Laxmikant Pyarelal, is one of the most melodious train song explaining the philosophy of life with the example of the train.

The rhythm was kept racy with conga and rhythm guitar. Locomotive steam sound was used skillfully in each pick up along with the rhythm pick up. The song was used in three phases in continuation. A violin obbligato beautifully stenciled the main melody, which was a usual feature of any LP song. The orchestration of the song also was innovative. Apart from group violins, there was a short but lovely saxophone piece in the second interlude. The third antara began with the church bells skillfully used to convey the pathos and in the fourth interlude, there was a harmonica piece creating the happy mood again.

While there were songs with multi-instrumental orchestration for trains, there was one with a minimalistic orchestra and yet it has remained popular for decades. Hum dono do premi from film Ajnabee (1974) sung by Lata Mangeshkar and Kishore Kumar and composed by RD Burman, is an example of a composition getting its due purely based on the merits of its melody.

As the trivia goes, during the recording of this song, due to the strike of Cine Music Artists Association, RD Burman had very few musicians to help him record this song and yet he did a splendid job.

The basic rhythm was played on madol and rhythm guitar supported by percussion. Vibraphone was also used prominently with the main melody. The train whistle was played with the English flute. There were no violin obbligatos in the song. Instead, RD Burman used the sound of a train passing through a bridge and a man singing in background …Babul ki aaye mohe yaad… as a harmony. The electric guitar was used for interludes.

Have you noticed how the treatment of sound changes for the same train song in a different situation? While Hum dono do premi was a romantic song, Dhanno ki ankhon mein from the film Kitaab (1977), was picturised on a steam engine driver recalling his beloved. Composed and sung by RD Burman himself, this song turned out to be a lovely, full-throated rendition that broke through the stillness of the night spreading energy and joy.

Since the song was shot in the midnight on a train, the orchestration was minimal. The rhythm was on electric guitar with flanger, rhythm guitar and a twisting theka on Tabla. This sound went on throughout the song and there was no interlude or any other music piece. Yet the song sounded lovely.

Spread the love
Back to Top