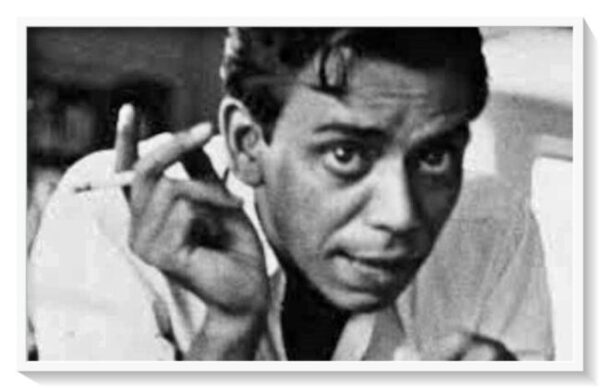 It had been almost a decade of India being independent of the British rule. Those who dreamt of creating the golden land and nurtured the dream of great country were witnessing the struggle of an infant trying to stand on its feet. The destination was still very far. While the socio-economic landscape of India was settling, there was a group of artists who were trying to invoke the movement against the social in-equality and oppression through their literary works. This group was Indian Peoples Theatre Association – IPTA. However, the colour of this movement which was blood red in 40’s had slowly become flowery pink by end of 50’s. But there was an artist, a creative genius, who imbibed the spirit of raising voice for oppressed. He wrote such impeccable poems that has been creating deep marks on classes and masses alike for sixty years. He was Shailendra. The People’s Poet !!

While Sahir’s words are like sharp whip that breaks the pseudo ideologies of socialists into pieces, Shailendra’s words are punches below the belt. Both were stalwarts in their style of writing, living on two extremes of same horizon at the same time. Their fearless expression and concerns of ignored nook of society gave Hindi Cinema some of the finest songs.

Shailendra, so appropriately crowned as ‘Jan Kavi’, had created deepest impact in fewest words in his lyrics. His works is multidimensional. While there are dimensions of romance, innocence and philosophy, there is a dimension of satire and sharp patriotism. On one hand, he writes  Kisi Ki Muskurahaton pe ho nisaar , Aaja Aai Bahaar and Gori Zara Hans de tu , he also pens  Mehmaan Jo Hamara Hota Hai Wo Jaan Se Pyara Hota Hai..

Among the creative master pieces that he has created during short career as a lyricist, there is a song which stands distinct in its stature. This song could easily be one of the top three socio-economic satirical songs of hindi cinema. The composition is so fluid and melodious that the pain born by a sensitive mind of listener becomes bearable , that he undergoes after listening to such deep satire.

This song is Suraj Zara Aa Paas Aa from the 1959 film Ujaala.

The Song begins with a prelude aptly composed on a paced tempo with beautiful tickling sound of Sound Box keeping Children in mind, who are surrounding playful Shammi Kapoor on screen. The sheer magic of the song lies in its all facets of structure. On one side there is Shailendra with his mighty pen to take on inequalities of society, On the other hand there are Shankar and Jaikishan who are ready to provide the required support of their awe inspiring musical cavalry.

The music lover will find melody in this composition and the literary soul will have a food for thought, but the sensitive mind with awaken conscious will cry in silence, finding that these words written Sixty three years ago have still same impact and relevance.

When an oppressed with no food on his plate gets expression, he does not mind satiring on the almighty too.

however, dreams are dreams. No weapon can curb them and as the desires get intense, dreams become more colorful. But what a poor and hungry child can dream at most ?

and he even dreams bigger. something what only the privileged of the society can have. A Picnic. In 1959, a picnic too was a distant dream for some.

The song and its spirit shakes us from within. Thus was the power and might of Shailendra’s pen.

Shailendra stands tall on his turf in hindi cinema and in the field of hindi poetry too. So tall that it would take any other poet a deep sense of compassion, literary insights and creative intelligence to reach little closer to him.