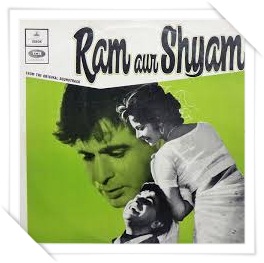 Sometimes in the taken-for-granted flow, we fail to acknowledge the biggest challenge that our Composers of film music have been facing. This challenge is to compose within boundaries of time, situation and meter of lyrics. This is the reason concert musicians were always reluctant to perform in film studios.

Among Composers, those deserve highest respect who could compose in any genre and meter. Naushad Ali was one such one of earliest Composers who founded the School of Film Music Composition. Naushad Ali blended the Indian Classical Music with Harmony of western music. When he began composing, there was dominance of intricate classical style music in films. Naushad made the songs that an average household can enjoy and hum. He also worked on different sounds blending. In two track recording system also he maintained the clarity of each instrument and the sweetness of sound.

Since Naushad Ali himself was fond of Urdy Poetry, his selection of lyrics have also remained very high caliber. His deft of composing simple melodies on Intricate Hindi – Urdu Poetry is unparallel even today. A very simple sounding song with heavy words could be an outcome of his hours of brainstorming work on his harmonium.

I want to talk about one such song. This song is a testimony of how he could simplify any melody. Shaqeel Badayuni with whom he had association of almost twenty seven years, was prolific urdu poet. For the film Ram Aur Shyam (1966), Shaqeel Badayuni had penned a lovely lyrics that suited the situation and persona of thespian Dilip Kumar on screen.

Naushad composed beautiful song from this literary marvel. He blended Indian and Western Orchestration in appropriate balance. The song begins with an arpeggio on the Piano and Mohd Rafi softly begins ad lib to give way to the song. Soft melodious scores on Strings and Piano with Indo – Western rhythm is highlight of this song. While vocals are supported with Indian Keherwa taal , interludes are based on western four by four beats. This beautiful convergence enhances the magic of the melody.