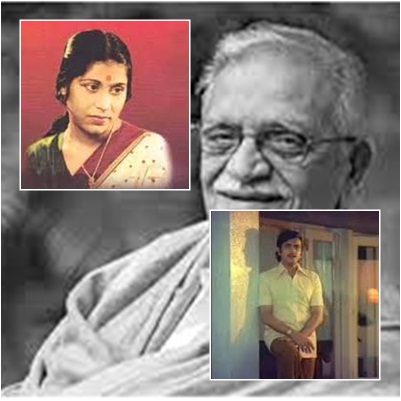 Sur, Taal aur Talaffuz as it is said in music training, are the three foundation pillars of good singing. When Latabai as she was fondly known in her initial days, joined the film industry from her humble maharashtrian background, composer Naushad had asked her to take Urdu lessons to improve her Tallafuz. Now what is this thing and why is it so important that even the singer like Lata Mangeshkar had also to undergo training to get it right ? Well, one can say its a secret sauce of perfect taste of a song. Its what we call Phonetics – to speak or sing a word with correct pronunciation and right weight at right place. Then only the correct expression of the word is conveyed.

Phonetics while Composing a song are critical in order to convey the correct expression of lyrics or poetry. Our Composers right from Anil Biswas to A.R.Rehman have always put emphasis on getting the phonetics right. Perhaps this was also one of the reasons behind roaring success and popularity of golden era singers.

it is very interesting to see that every composer does it differently when it comes to use phonetics in their compositions. That’s why we get to listen to different versions of same song if composed by two different Composers. Some put the weight on one word in line and some on another in same line. The expression should come out exactly the same. But how is this possible and how do they make it happen ? Intriguing ? Lets look at one beautiful example.

This song Jaane Kya Soch Kar Nahin Guzaraa is a brilliant example of the same. It is written by Gulzar. When a conscience is aware of the wrong doing, and one cant apologize either, its a heaviest burden on the soul. Burden of regret and guilt. A moment that is longer than an hour, heavier than a stone and painful than pain. Gulzar’s efficacy brings out these emotions perfectly.

This lovely poetry is transformed into musical composition by two stalwarts. One version which is non filmy was composed by Salil Chowdhury and sung by Sabita Chowdhury in 1961. The another one is composed by R.D.Burman for Gulzar’s directorial movie Kinaara (1977) and sung by Kishore Kumar.

Both Salil Chowdhury and R.D.Burman have composed it in their styles and of course with use of phonetics differently. Lets look at both songs.

For the first line Jaane Kya Soch Kar Nahin Guzaraa,   Salil Chowdhury has extended the note on the words Kya... So when Sabita Chowdhury sings , her rendition clearly conveys the rhetorical yet sad question.

While Pancham put weight on Jaane.. in Jaane Kya Soch Kar… Once again, rhetorical yet sad.

Similarly, in the second or cross line, Ek Pal Raat Bhar Nahin Guzraa Both have put weight on Raat but then to convey the gloominess of moment which is felt like a long night,  Salil Chowdhury puts emphasis on word Guzraa… and Pancham extended the note on the word Nahinn…. still expression are same. Brilliantly both have used phonetics for expressing the emotions of the poetry.