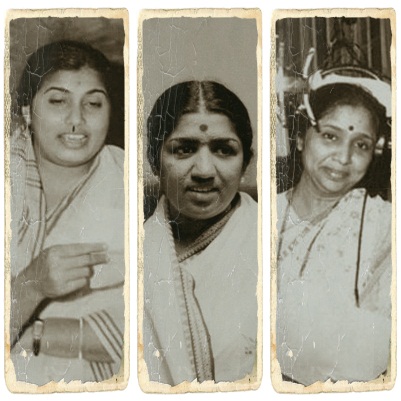 When Sir Thomas Roe founded first British factory in Surat and when Vasco Da Gama first landed in Calicut, they would have never imagined in their dreams that after four centuries , they would be instrumental for a fascinating event to take place. This event was composition of music in films. The fusion of Western music that came with Europeans in India with Indian Classical nuances that existed here for eons, had created some everlasting melodies that music lovers will forever relish.

While Indian Classical Music is primarily focused on melody and its variations, Western Music has elements of harmony. When there are two different sound together create one melodic expression, its called harmony. The music playing in the back ground of song on violins and other various instruments is called harmony which enhances the effect of main song. For many decades, our hindi film songs predominantly used to have background harmony on violins. These harmonies are called obbligato and counter melodies. At times there were other instruments too. Remember the counter melody on harmonium in Aye Mere Dil Kahin Aur Chal or harmony played on saxophone in O Sajana Barkha Bahar Aayi ?

We all have listened to them in so many so many songs. However, there are some songs wherein our brilliant composers have used playback singer’s voices to create harmony instead of using an instrument. These are called Vocal Harmonies. They were composed mainly in female playback singers voices because thinner voice sound more harmonious with baritone voice of male singers.

One of the very few composers who had successfully absorbed finer nuances of western music in film songs was Salil Chowdhary. In this song, where Lataji has to enter the song, he gave her a beautiful gateway through harmonic passage. While Mukesh is singing Dil tadap tadap ke keh raha hai aa bhi ja…. at 1.16 seconds mark, she enters with her melodious voice and finally synchronizes when the line ends at Tujhe kasam hai aa bhi jaa….. There could not have been a more melodious entry of singer than this.

‘This boy is going to create the completely new sound’ predicted Jaikishan for Pancham and he not just proved him right but he lived it. He composed this lovely melody and added vocal harmonies of both Asha Bhosle and Kishore Kumar for each other. When she begins crooning from 0.59 seconds mark in the background of Kishore Kumar’s high pitch Jaane Jaan… every listener would have an eternal joy.

Do Panchhi Do Tinke – Tapasya

Dadu as he was fondly known, Ravindra Jain was a gifted composer who composed priceless gems. His music was a sheer melody and he used to inculcate the finer nuances of music in his songs in such a way that listeners could enjoy them even without knowing music. In this song he beautifully used shrill voice of Aarti Mukherjee for singing counter melody to the lines sung by Kishore Kumar. For every second line in Antara starting from 2.10 seconds mark, she sings the counter melodic passage so beautifully that it feels to listen to the song again and again just for that vocal passage only.

Salil Chowdhary once again has brought out it brilliantly. While this time it was not entry of Asha ji in the song, it was a balancing of Yesudas’s sweet voice with her lovely la….la…laa…laa..la in the perfect counter melodic tune at 3.36 seconds mark. Salil da used it only for one line each for both singers but it leaves a permanent mark on the mind.

How can a discussion on vocal harmony complete without this song ? Much before multi track recording came to India, Rahul Dev Burman or Pancham recorded this song in the voice of Lata Mangeshkar with harmony and fillers in her voice only. He did it with voice over technique wherein the whole song was recorded and then Lataji sang harmonies at appropriate places in song again and this overlapping was recorded on same track by removing eraser head of recorder so that re-recording doesn’t remove earlier recording. All this was done manually and purely on judgement. This is why he is called Genius.

While in western classical music, harmonies are sung from very old time, they have remained part of classics. Credit of bringing them to popular film music goes to our Composers who brought it to common listeners.